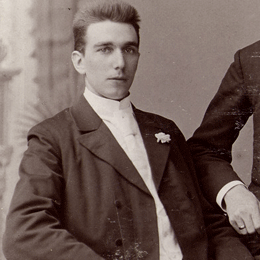 Our Saviour’s Danish Evangelical Lutheran Church was formed in 1894 by a group of Danish immigrants in Bridgeport led by Pastor A.W. Andersen (right), newly arrived from Denmark. The congregation constructed its first building in 1904 on Beech Street, moved to Washington Avenue in 1922, and in 1961, left Bridgeport to become a mission congregation in Fairfield, where, led by Pastor A. Everett Nielsen, services were held initially in the Riverfield School.

In 1963, the Rev. Dr. Albert P. Schilke became pastor. Land was soon purchased on the corner of Hill Farm and Duck Farm Roads, and on November 28, 1965, the current building was dedicated.

As the mission of Our Saviour’s has expanded, so has our church facilities. In 1976, the worship space was refurbished and Schilke Hall was added. In 1998, a new education wing was built, and in 2000, the upper parking lot was added.

Today, we are sustained by the same faith and generosity as those who have gone before us. We look forward to the opportunities and challenges ahead, confident that the Lord, who has brought us safe thus far, will continue to lead us as we grow in mission.

For a more detailed history of Our Saviour's, click here. 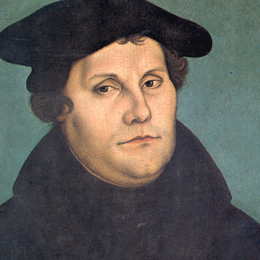 Lutherans are part of the Protestant branch of the Christian Church, whose roots stretch back to start of the Reformation nearly 500 years ago. The founder of our tradition, Martin Luther (right), was a German monk who initiated the Protestant movement in 1517 when he sought to debate certain practices and teachings of the Roman Catholic Church that he thought were at odds with what he read in the Bible.

We still hold to the basic principles of Luther’s theological teachings, including Grace alone, Faith alone, Scripture alone. These comprise the very essence of Lutheranism:

Today, the Lutheran church continues to evolve to meet the complex realities of modern life. Our church is considered among the most ecumenical branches of Christianity, as we continue to seek dialogue leading to greater unity across the entire Christian Church.

We are in this position, perhaps, because our practices and beliefs share certain aspects with Roman Catholic, Orthodox and other Protestant traditions. The ordered liturgy of the Lutheran worship service and the importance of the sacraments of Baptism and Holy Communion have many similarities to the Roman Catholic, Episcopal and Orthodox traditions. The Lutheran church also shares with other Protestants (e.g., Presbyterians, Methodists) a strong emphasis on the Word of God and the importance of the Bible as the vehicle for God's living Word for us today.

To learn more about the Lutheran faith, please visit www.elca.org.